He taught people to listen to themselves, to do what they like and not be afraid to leave their comfort zone. His belief that there are no bad people, but there are inappropriate situations, has helped many people look at their lives differently. The life of the speaker himself, it seemed, should have been ideal, but this was not entirely true. You should know How to Stop Worrying and Start Living from Del Carnegie now.

For a long time, Dale Carnegie was tormented by a lack of communication 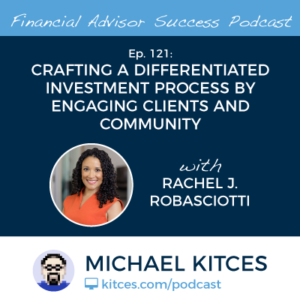 Oddly enough, but the creator of effective communication courses and methods for making friends, for a long time he suffered from a lack of communication. Dale Carnegie grew up in a poor farming family, which is why he had many complexes. During his studies, due to the lack of a decent suit, he did not take part in general events. Moreover, classmates did not like him. According to them, Carnegie was ugly, unstable, possessed of bearish manners, a heavy southern accent and a grand inferiority complex. And he did not have time for events: every day he got up at three in the morning to milk the cows, and only after that went to a very remote college. Dale Carnegie could not rent an apartment near his place of study, so he daily traveled back and forth on horseback, traveling a distance of six miles. It was necessary to be engaged only in breaks between performances of various works on a farm.

And only in the last courses did the young man decide to take matters into his own hands. He noted that two types of students are popular in college: athletes and participants in numerous discussion groups. Of course, he chose the second option. In general, the love of oratory was born in the boy back in his school years: teachers repeatedly noted his ability to conduct discussions properly. Thus, overcoming one failure after another, he soon achieved great success in rhetoric. During the year of classes in the Carnegie discussion circle, he won all the highest awards in public speaking contests held in college. It got to the point that students began to line up to learn from him verbal art.

At first, Carnegie worked as an agent for the sale of bacon, soap and lard.

Upon graduating from college, Carnegie attempted to organize distance learning courses for ranchers scattered among the sandy hills of western Nebraska and eastern Wyoming. Despite the boundless energy and enthusiasm with which he set to work, he still could not achieve success. After that, the future psychologist decided to do other work and went to Omaha. The lack of money for the journey did not stop him; to pay for his fare in a freight car, he promised to feed and drink two carriages of wild horses. Upon arrival, he got a job at Armer & Company as an agent for selling bacon, soap, and lard. Traveling around the country on freight trains, mail stagecoaches and on horseback, Carnegie urged ordinary Americans to replenish their supplies.